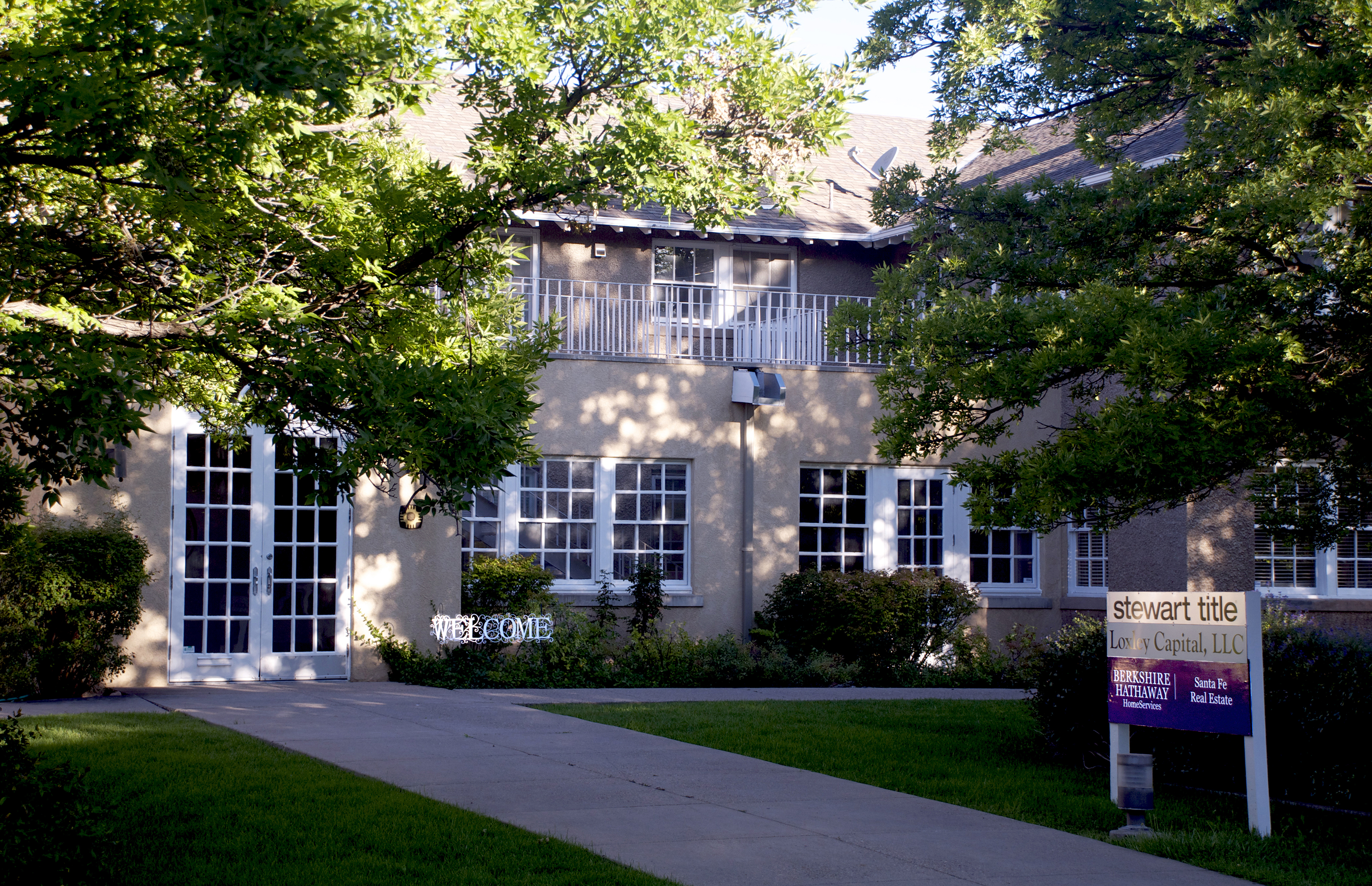 The offices of Berkshire Hathaway Home Services of Santa Fe occupy the upper story of the building originally constructed in 1930 to serve as a dormitory and dining hall for the Presbyterian boarding school known as the Allison-James School for Girls, which later became a co-educational institution, serving to further the education of primarily Hispanic boys and girls who had earlier attended Presbyterian mission day schools in the mountains of Northern New Mexico. It is reported that as the school’s reputation grew, it attracted students from across New Mexico, Colorado, and Arizona. The school was operated by the National Board of Missions of the Presbyterian Church in the USA as part of a system of schools designed to provide educational opportunities for children in rural communities not having Christian educational facilities of their own. Some fifty grammar schools were established in Northern New Mexico villages to provide primary education in preparation for one of the three larger boarding schools in Santa Fe and Albuquerque. The Allison School, one of the three, apparently began life in 1868 when the first Protestant missionary teacher, Miss Charity Ann Gaston, was sent to New Mexico to begin teaching at the McFarland Missionary School. In 1881 Miss Matilda Allison took over as the full-time principal until her retirement in 1901, when the school adopted her name. The school continued to operate until 1958 or 1959, when the National Board came to the conclusion that the New Mexico public school system had achieved a sufficient level of quality so as the render the Allison-James school somewhat redundant. Many of the schools’ buildings were demolished, but the dormitory and dining hall survived, in somewhat altered form, and yet the Allison Dormitory had avoided alteration in the ‘Santa Fe style’ that became popularized in the 1930s.

The original south entrance has been partially obscured by the addition of a structure connecting the school building to a more recent Masonic building. The most significant alteration to the interior entailed the addition of partition walls to create a variety of private offices in areas that were originally sleeping rooms, while the large dining hall and living room spaces have also been partially subdivided. And yet the Allison Dormitory, although no longer existing within the context of a campus complex, nevertheless retains a scale and appearance that are important in its own right. It is significant not only for its historic associations with the introduction of Protestantism into the Catholic and Indian influenced New Mexico Territory, but also because it largely retains its mission style appearance in its originally designed functional simplicity, which is unusual in New Mexico.

Thank you for contacting us, we'll get back to you shortly.

Sorry, we are unable to send your message at the moment. Please try again later.

Please provide your name and email

Thank you for contacting us, we'll get back to you shortly.

Sorry, we are unable to send your message at the moment. Please try again later.